BOOK NOW
KOS
ABOUT THE ISLAND
THE BEACHES
ACTIVITIES 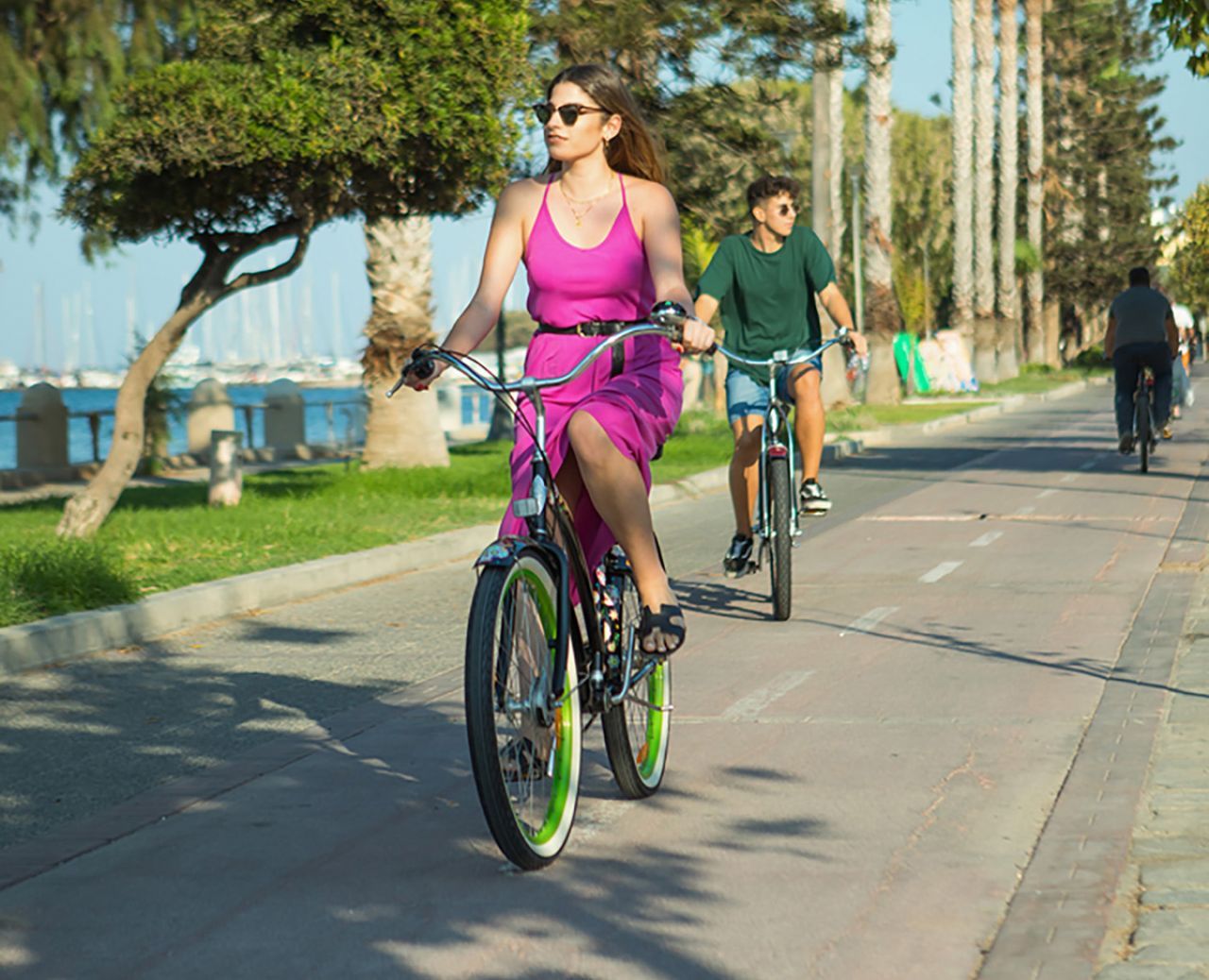 Activities: what to do and see

The island of Kos is a magical island in the Aegean Sea that attracts a large number of tourists every summer. It is a place with rich history, as well as a lovely cultural background. There are various historical monuments to visit on the island but Kos is also a great place for watersports and other sport activities. Let’s take a look at some of the best places to visit on the island, as well as some of the most interesting activities to do here. 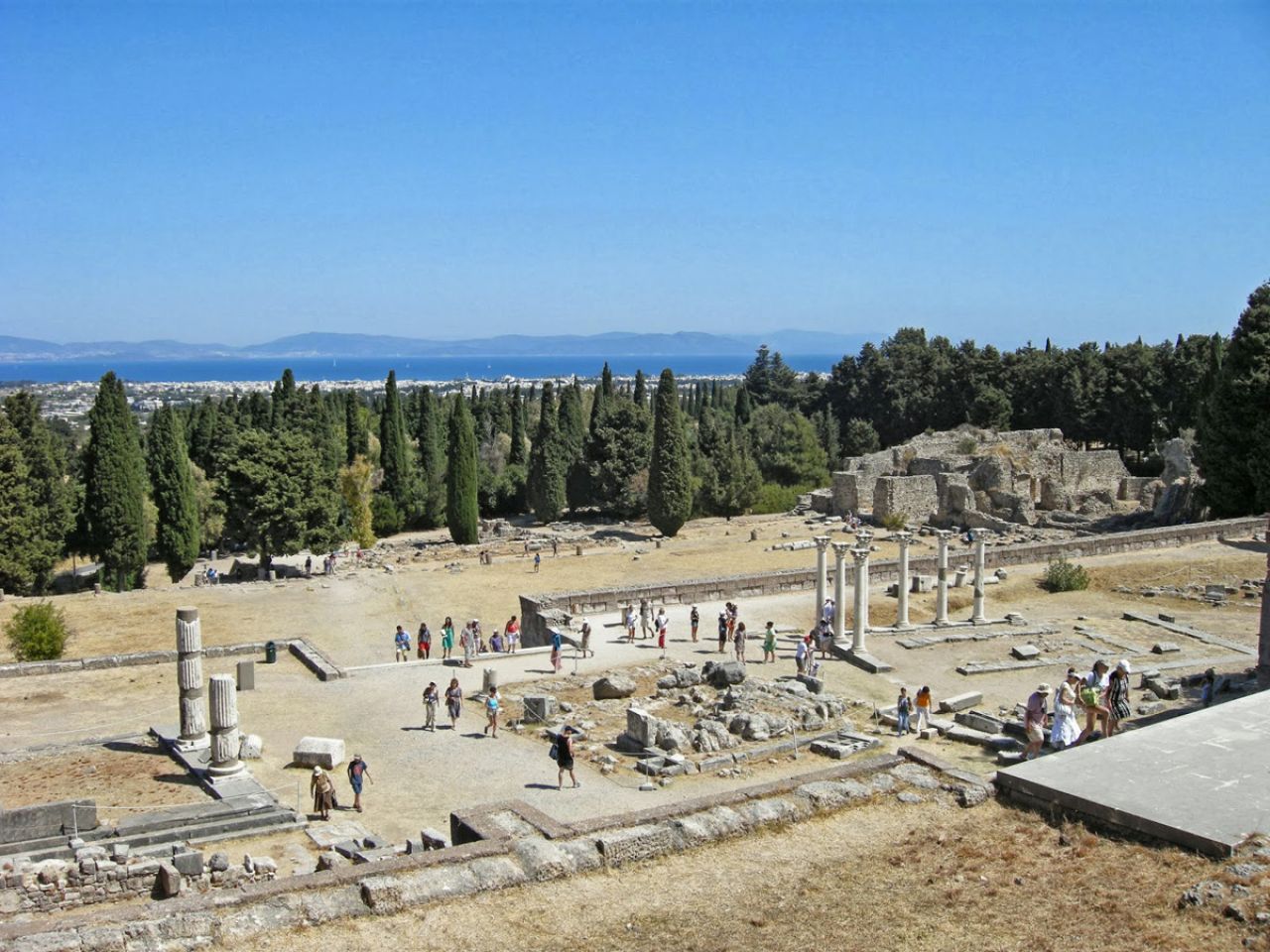 The Asclepion
The Asclepion is an ancient healing center that was dedicated to Asclepius, the god of medicine and health. It dates back to the first half of the 3rd century BC and it was built after the death of the great doctor Hippocrates, who was born on the island of Kos. The Asclepion consists of three terraces. The first level was a medical school where medical knowledge was passed on to new apprentices. On this level there were also precincts for patients. On the second level one could see various temples but it was also the center for hydrotherapy. There were also thermal baths and there was a supply of water from the spring of Vournika which is rich in magnesium, salt and various other minerals. Finally, on the third level you can see the remains of the ancient temple.

The Ancient Agora
The Ancient Agora is a well-known historical site on the island of Kos that proves to be of great archaeological importance. A lot of temples were built here, while today we can see the remains of many ancient houses and a large number of columns. It used to be an ancient market that was located next to the harbor of Kos and this made it a center of trading. There is also a shrine dedicated to Aphrodite and a small temple that was built in honor of Hercules. A Christian Basilica can also be found on this site and it dates back to the early years of Christianity.

The Ancient Gymnasium
The Ancient Gymnasium was a complex that included the Acropolis, the Hippodrome, the Nymphaeum, along with temples dedicated to Aphrodite and Hercules. The athletes used to cover themselves with oils before participating in the games and after the games were completed, they used to scrape them off. That’s why this historical site is also known as Xisto, which means “scraped”. In Roman times a swimming pool was also added to this complex. A famous part of this gymnasium was called “xistos dromos” which was a sheltered area of the road where athletes could exercise without worrying about slipping even in bad weather conditions.

The Basilicas of Saint Stephen
The Basilicas of Saint Stephen were built on a rocky area which is situated above the beach of Kamari in southern Kos. It is a complex of two churches that were built during the 5th and 6th century BC. The two churches shared the same baptistery and it is definitely worth noting that they were originally connected to the nearby island of Kastri through a bridge. Nevertheless, at some point in time an earthquake seems to have destroyed this bridge.

The islet of Kastri
The islet of Kastri can be seen right opposite Kefalos beach and it is a small, rocky island that lacks rich vegetation. On top of the island, we can see the remains of an old castle that used to protect the area from pirates and enemies. On one side of the island stands a small church that is dedicated to Saint Nicolas who is the protector of sailors.

The castle of the Knights
The Castle of the Knights, which is also known as Nerantzia Castle, was built during the occupation of the Knights which lasted for two centuries. It is an impressive architectural construction which took approximately 130 years to complete. This amazing work of engineering fascinates visitors every year. There are four interior towers in it, as well as battlements, gun ports and bastions.

Hot Springs
The Hot Springs that are located in Agios Fokas attract many visitors every year thanks to their well-known therapeutic properties. The temperature of the water in the hot springs ranges from 42 to 50 degrees Celsius. A dive in the hot water of the springs will not only leave you feeling refreshed and revived but it can have an important healing effect on various health problems. It is important to mention that recent studies have proven the curative effect of these hot springs on skin ailments.

The Plane Tree of Hippocrates
The island of Kos is known as the birthplace of the great doctor Hippocrates who taught and examined his patients under this plane tree that can be seen in front of the Castle of the Knights. It is considered to be the largest plane tree in Europe as its perimeter measures 12 meters and it is believed to be 500 years old.

The Roman Odeon
The Roman Odeon is an ancient Odeon that was built on the island of Kos by the Romans during the 2nd and 3rd century. The first nine rows of seats are made of marble and were destined for important citizens while the next five rows are made of granite and regular people used to sit there. All in all, the Odeon consists of eighteen rows of seats.

Casa Romana
Casa Romana is an interesting archaeological site to visit in the area. The term means “Roman house” and it is a house that was built during the 2nd century. It stands out thanks to its beautiful architectural style and the frescoes that adorn its walls. It consists of 36 rooms and three atriums with a fountain in the center. It is definitely worth seeing its amazing decorations and wall paintings.

Amazing beaches
The island of Kos is also popular for its long, sandy beaches and the crystalline water of the sea. Lambi beach and Psalidi beach are the most popular beaches in the area. The latter is the best choice for anyone who is fond of water sports as there are various water sport centers there. Agios Stefanos beach is also a beautiful beach that stands out among the rest as you can see the islet of Kastri in the middle of the sea right opposite the coast. If you love water sports such as windsurfing and kitesurfing, this island is a perfect place for you to enjoy doing your favorite sports.

There are so many wonderful places to visit in Kos that your holidays here will certainly become an unforgettable experience!
ADDRESS
KoSea Boutique Hotel
Vasileos Georgiou B, 14
Kos Island | 853 00
Greece
CONTACT US
phone +30 2242306150
info@koseahotel.com
SOCIAL